Cincinnati’s current and incoming mayors urged the continuation of mask-wearing and social distancing on top of vaccinations, though neither would go so far as to call for another mask mandate or any other initiatives the Tuesday before Christmas.

The city and region face rising COVID-19 cases and the added challenge of a new variant of the novel coronavirus. Cincinnati Health Commissioner Melba Moore said the first and so far only case of the more contagious omicron variant in Cincinnati was detected on Dec. 12. There have been two known cases in Ohio as well as cases in Northern Kentucky.

Tuesday’s briefing was scheduled in the wake of the leadership of the Cincinnati region’s hospitals last week describing their workers as exhausted, overwhelmed and apprehensive as winter approached. Flu also is on its seasonal rise, adding to the stress on the health systems.

“COVID is still here with us, unfortunately,” Mayor John Cranley said. “And despite all of the things we’ve been through and all of the positives, like the vaccines, the caseloads are still very high and getting higher.”

Cincinnati imposed a mask mandate in July 2020 and governors Andy Beshear and Mike DeWine soon followed with statewide mask requirements in both Kentucky and Ohio. Those mandates stayed in effect through the holidays but expired in the spring alongside most health orders as more people became eligible to receive the COVID-19 vaccines.

“Christmas is coming and we know what it looked like last year,” Moore said. She mentioned “drive-by” and outdoor Christmas and Thanksgiving celebrations. “Well, we’re there again, because we want you to protect your loved ones.

On Tuesday, Cranley acknowledged that there have been breakthrough cases in the region but maintained that those who are fully vaccinated are far less likely to be hospitalized than the unvaccinated.

He also advised that those who received a Johnson & Johnson vaccine should seek out a Moderna or Pfizer vaccine, as those two have proven to be more effective against the virus and its variants.

“We also have to redefine what ‘fully vaccinated’ means,” Cranley said. “It means a minimum of three shots: the two original plus the booster. And I assume very much that my wife and I and my son will be getting some kind of booster every year for the rest of our lives. This is like the flu shot. It is becoming less severe, but is becoming more contagious.”

“This hits home for me,” Pureval said Tuesday. “My wife’s a doctor, she works at a local hospital, she treats COVID patients every day. And hospitals, from the very beginning of this pandemic, and the frontline workers that work at hospitals and other essential services have been day after day taking the brunt of this. 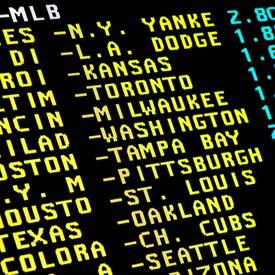 Cranley said nothing is “set in stone” regarding a future mask mandate in the city – that’s up for the incoming administration to decide, he said. But he said he does support businesses requiring masks and/or vaccination cards on their own.

Your stories live here.
Fuel your hometown passion and plug into the stories that define it.
Create Account

There are many locations where vaccinations are available across the Cincinnati region, most of which are listed on the Health Collaborative’s Test and Protect Cincy website.

How did we get here?

COVID-19 cases have been rising rapidly in the region.

As of Monday, the last date for which data is publicly available, the Cincinnati region’s 40 hospitals have their highest number of COVID-19 cases since January with 642 patients (including 178 in intensive care and 120 on ventilators). Of the region’s 513 intensive care beds, 101% were full, according to the Health Collaborative’s Situational Dashboard; 97% of the region’s roughly 2,500 medical-surgical beds were full.

A key measure of the pandemic – a rolling average of new COVID-19 cases in the last seven days – is at level in Hamilton County that it was at this time in 2020. The measure has increased 78% in the last week and 197% from three weeks ago, an Enquirer analysis of Johns Hopkins COVID-19 Case Tracker data shows.

Pureval will be sworn in on Jan. 4 to succeed Cranley, the two-term mayor who now is running for governor of Ohio.

Cincinnati’s pandemic conditions have risen and fallen since a public health emergency was first declared in March 2020. A vaccination campaign helped case counts to drop after last winter’s surge until the beginning of August.

Since then, case numbers have climbed in the city, while vaccination rates remain stubbornly low in neighborhoods due west of downtown and in larger northern neighborhoods such as Winton Woods.

The city health department’s dashboard reports that as of Dec. 7, for every vaccination given to a Black resident, more than two white people have been vaccinated.

Across the 16-county region, nearly 50% of all residents have gotten at least one dose of vaccines that first became available a year ago, an Enquirer analysis of Centers for Disease Control and Prevention shows.