In April, Dr. Anthony Fauci, the United States’ leading expert on infectious diseases, spoke in a press conference about the impact Covid-19 is having on communities of color, particularly African Americans.

“When all this is over — and as we’ve said, it will end — we will get over coronavirus, but there will still be health disparities, which we really do need to address in the African American community,” he said in an April 7 press briefing.

In Louisiana, where black people make up about 33% of the population, Gov. John Bel Edwards said in early April they account for more than 70% of the state’s coronavirus deaths, with the majority of these fatalities taking place in New Orleans. And in New York City, black and Latino people are twice as likely to die from the virus than their white peers, according to data by the local government. All of these figures are based on the most recent data released to the public, with more states and local governments being pressured to share a racial breakdown of their numbers. 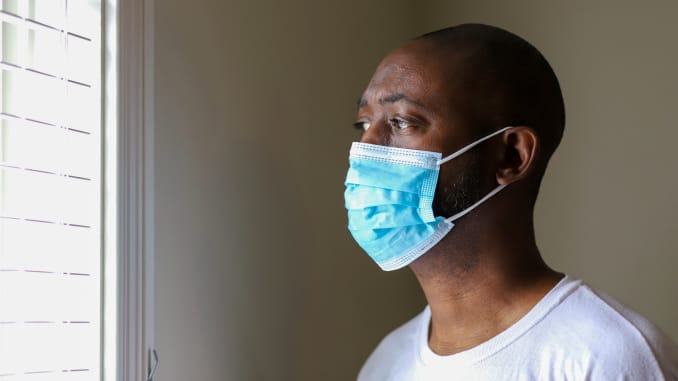 “There are definitely multiple reasons why we’re seeing black communities be disproportionately impacted by Covid-19,” New York-based physician Dr. Uche Blackstock tells CNBC Make It. She explains that when you look at the “social determinants of health,” such as where a person lives, works and the quality of health care they have access to, you will see that structural racism has left African Americans “vulnerable and marginalized.”

“Even before this [pandemic], we had significant health inequities,” she adds, while emphasizing the increased levels of diabetes, high blood pressure, hypertension, asthma and obesity in the black community. “And what we’re finding out is that these are the underlying medical conditions that result in very serious complications from Covid-19.”

CNBC Make It spoke with Blackstock, along with five other black doctors, nurses and experts, to get their thoughts on how housing location, health-care access and distrust in the medical system have all contributed to the racial health disparities we see today.

Due to a history of housing discrimination and redlining, which is the systemic practice of refusing government resources to predominantly black neighborhoods because they’ve been deemed a financial risk, generations of African Americans have been forced to live in areas that lack access to healthy food options. Many of these neighborhoods, which researchers have categorized as “food deserts” are filled with fast food restaurants and small corner stores that have more junk food options than fresh fruits and vegetables.

“I think it’s really important to understand that dietary choices aren’t moral choices,” says Chinara Tate, director of nutrition at Mount Sinai Eating and Weight Disorders Center of Excellence in New York. She explains that for many black and brown people living in poor communities, the food choices they make are made through a survival mindset, and they don’t have the luxury of thinking about the long-term impact of their diet. “If you have the option of purchasing an onion for a dollar or purchasing a meal for a dollar, it makes the most sense to purchase the meal, even if it’s not the healthiest option because an onion is not going to feed your family.”

As a result, residents in these communities tend to rely on high calorie foods that are cheaper and more accessible, says Dr. Jessie Marshall, an assistant professor of internal medicine at the University of Michigan Medical School. “And we know that results in chronic diseases such as diabetes, high blood pressure and obesity,” she says. “So again, Covid-19 did not create these racial disparities that we are seeing. It simply magnified these disparities in unbelievable ways.” 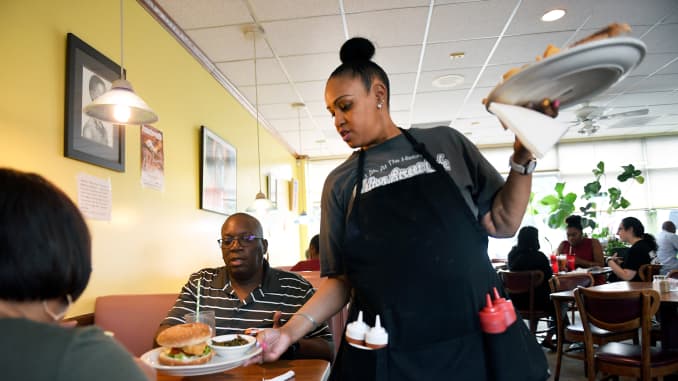 This disparity in health care is linked to the employment of African Americans who, along with Latinos and Hispanics, are overly represented in low-income roles that often lack insurance and benefits for hourly workers. Today, 63% of Latino or Hispanic workers and 54% of black workers earn low wages, compared to 40% of Asian American workers and 37% of white workers, according to a 2019 report by the Brookings Institution, which found that even in these low-wage roles, black and Hispanic workers earn less than white workers with the same education level and experience.

Low wages, according to the study, are categorized as jobs that pay a median salary of $10.22 per hour or $17,950 per year. Some of these roles include grocery store clerks, home health aides, fast food workers and other service sector jobs that have been deemed “essential” during the coronavirus pandemic. Not only do these roles require workers to work outside the home, but many of them also offer no paid sick or family leave.

“Anyone who knows the history of America is not surprised,” says Belinda Archibong, assistant professor of economics at Columbia University’s Barnard College. Despite the Civil Rights Act of 1964 prohibiting employment discrimination, she says black Americans still face racial and gender barriers that keep them locked out of top jobs. In situations where black workers have been forced to hold positions with little to no benefits, she says she’s watched first-hand how they have ignored long-standing health issues because of the cost.

“I’ve seen my own family go through the fact that when you don’t have health insurance you basically avoid the doctor until it’s like a life-or-death scenario,” says Archibong. For many essential black and brown workers, she says it may be common for them to not even know they have underlying health conditions because they don’t have insurance to visit a doctor regularly. Therefore, if they get Covid-19, and it’s paired with untreated health conditions, their odds of beating the virus could be low. 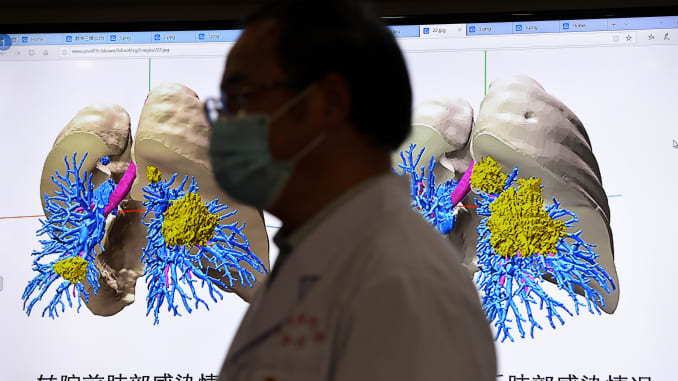 Lack of trust in the medical system

For black Americans who do have access to health insurance, going to the doctor is not always a smooth process as there has been a long-standing distrust between black patients and medical professionals. This distrust, according to many experts, is linked to the Tuskegee Syphilis Experiment in 1932 where the U.S. Public Health Service used black men to conduct a secret study on the progression of the deadly syphilis disease in order to find a treatment.

The study initially involved 600 black men, 399 of whom had syphilis and 201 who did not, according to the Centers for Disease Control and Prevention. The men were not told the purpose of the study and were instead told that they were being treated for “bad blood.” The study, which was supposed to run six months, ended up lasting for 40 years, with the men unknowingly being used as test subjects. In order to track the progression of the disease, researchers and doctors did not provide any treatment to the men for their illnesses, even though a cure for syphilis was found in 1947. As a result, many of the participants died, went blind or experienced other severe health problems. In some cases, wives of the participants also became infected and their kids were born with congenital syphilis.

Beyond the Tuskegee experiment, black Americans have also lacked trust in the healthcare system after years of feeling unheard by medical professionals, says Dr. Utibe Essien, a health disparities researcher and assistant professor of medicine at the University of Pittsburgh School of Medicine. He points to modern-day research that shows that even when black patients voice concerns about their health, they are sometimes ignored or treated differently than their white counterparts.

Another way this plays out, he says, is seen in the black maternal health crisis. Black women have the highest maternal mortality rate of any racial group in the U.S., dying 2 1/2 times more often than white women during childbirth. This disparity, he says, became an even bigger headline when high-profile celebrities like Serena Williams and Beyonce opened up about their highly complicated child births. “These are experiences that whether you’re a poor African American or rich African American, known or not known, are unfortunately being had by many of us.”

Recognizing a history of implicit bias in health care, the CDC recently advised medical professionals to “identify and address implicit bias that could hinder patient-provider interactions and communications” during the pandemic.

Dr. Earl Campbell, who is treating Covid-19 patients at Yale New Haven hospital, says one way to improve the level of trust between black patients and medical professionals is to diversify the medical workforce. Currently, just 5% of physicians in the U.S. are black. Campbell, who makes up part of that small workforce, is the first African American advanced endoscopy fellow at Yale.

Blackstock agrees with Campbell about workforce diversity and started the organization Advancing Health Equity in 2019 to address the many disparities we see today around patient treatment, care, implicit bias and workforce numbers.

Her hope, she says, is that once this pandemic is over, more attention will be paid at the policy level where “government officials really think about how we can prevent this from happening in the future.” This includes, she says, “addressing social determinants of health” that have long impacted the black community.